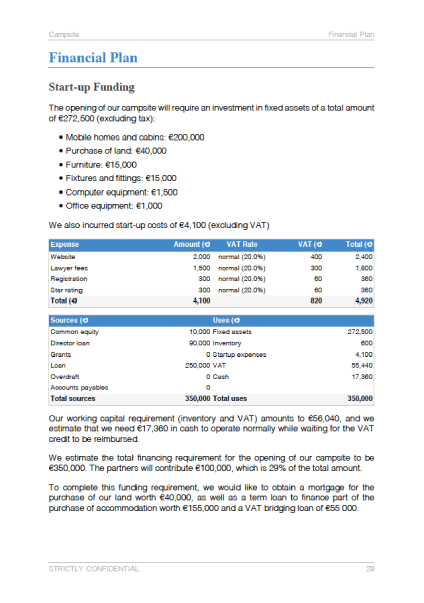 Not accustomed to writing business plans? Our campsite business template will turn a typically challenging process into a total breeze.

Modelled on a complete business plan of a campsite in Normandy, our template features both a financial forecast and written part that presents the business, its team, the local market and the business strategy implemented by the management.

Edit the campsite business plan template online, or download it 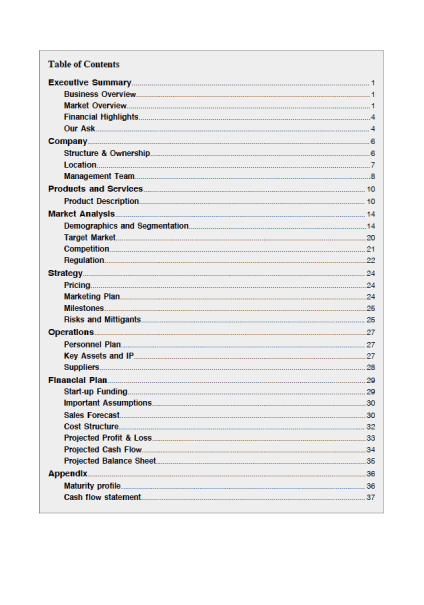 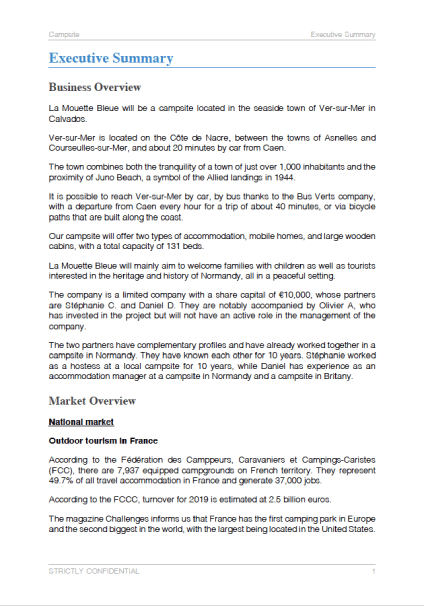 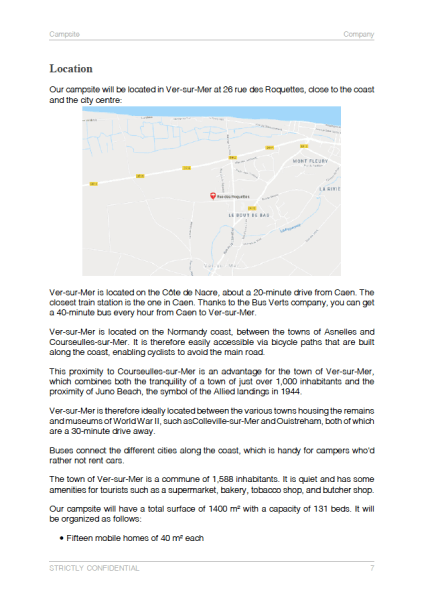 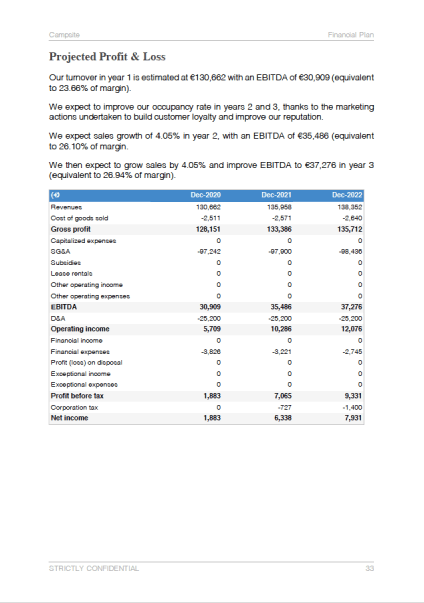 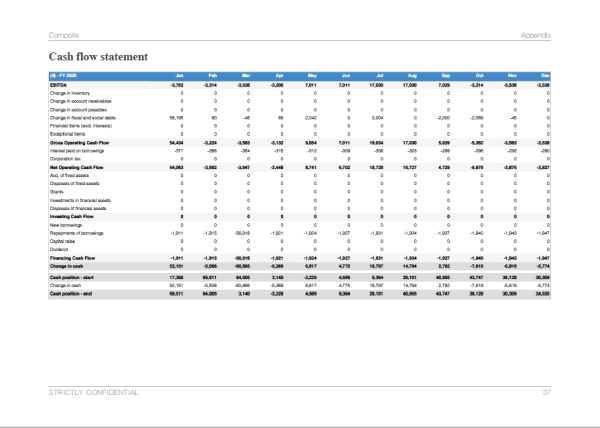 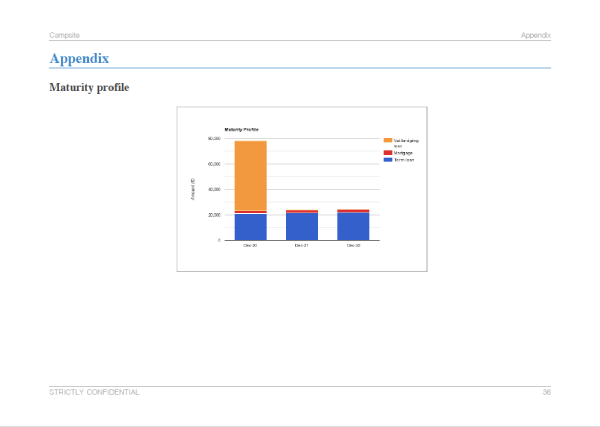 La Mouette Bleue will be a campsite located in the seaside town of Ver-sur-Mer in Calvados.

Ver-sur-Mer is located on the Côte de Nacre, between the towns of Asnelles and Courseulles-sur-Mer, and about 20 minutes by car from Caen.

The town combines both the tranquility of a town of just over 1,000 inhabitants and the proximity of Juno Beach, a symbol of the Allied landings in 1944.

It is possible to reach Ver-sur-Mer by car, by bus thanks to the Bus Verts company, with a departure from Caen every hour for a trip of about 40 minutes, or via bicycle paths that are built along the coast.

Our campsite will offer two types of accommodation, mobile homes, and large wooden cabins, with a total capacity of 131 beds.

La Mouette Bleue will mainly aim to welcome families with children as well as tourists interested in the heritage and history of Normandy, all in a peaceful setting.

The company is a limited company with a share capital of €10,000, whose partners are Stéphanie C. and Daniel D. They are notably accompanied by Olivier A, who has invested in the project but will not have an active role in the management of the company.

According to the Fédération des Camppeurs, Caravaniers et Campings-Caristes (FCC), there are 7,937 equipped campgrounds on French territory. They represent 49.7% of all travel accommodation in France and generate 37,000 jobs.

According to the FCCC, turnover for 2019 is estimated at 2.5 billion euros.

The magazine Challenges informs us that France has the first camping park in Europe and the second biggest in the world, with the largest being located in the United States.

According to the website of the Ministry of Economy, such classifications must be requested by the campsite owner. It's possible, therefore, that some campsites meet the criteria for obtaining a star, but that the request for classification has never been made by the owner.

There are 204 different conditions of attribution, all of which are listed on the Atout France website. They include equipment, customer services, accessibility, and sustainable development.

According to the FCCC, the average price of a night in a French campsite for two people in high season is around €24.15 excluding tax.

The profile of campers

According to Echo Touristique, the typical profile of the European camper is a family with 2 adults aged about 44 years old and 2 children under 8 years old.

The French mainly travel to the South and West of France to camp, with 96% having a preference for campsites offering mobile homes compared to 4% for tent campsites.

The average stay is 2 weeks, with a budget of €743 for camping accommodation.

Several customer segments exist beyond the typical profile. For example, according to Statista, 18-24 year olds, 64% of whom camp in France, have very different expectations.

This profile is generally fond of places where they can party and meet people, but are also in search of various activities that fit their budget as students or young working people.

According to the FCCC, campground owners who rent sites, and represent a large proportion of campers, are generally 59 years old and within a couple.

There are 5,340 places in France to accommodate camper vans and their owners, which are divided between communal areas, open-air sites, and campgrounds.

These motorhome owners are interested in stopping at several campsites or areas to make the most of their vacations, which last an average of one month.

Trends in the camping market

According to a 2016 Le Parisien article, camping is still popular in France, but the trend is towards diverse and luxurious activities that can lead to additional costs for customers.

According to a study carried out by the Ifop Institute, 65% of French people would have given up going on vacation for financial reasons - in particular, because of the gradual disappearance of low-cost campsites in favor of high-end complexes.

However, the French are also looking for different experiences for their vacations despite budget constraints for some.

The July-August 2019 figures from INSEE show a decrease in "naked" rented pitches compared to summer 2018. This drop amounts to 7.9%, which is an indication of the interest shown by the French in less expensive camping.

New trends are also appearing on the camping market. According to Conso Globe, glamping is gaining popularity. Glamping is luxury accommodation often located in nature.

Although comfort isn't necessarily a must, glamping accommodation must offer something different from a typical camping experience - whether it's staying in a tipi, treehouse, or igloo.

According to INSEE figures, Normandy reached record figures for tourism in 2019 with 4.5 million overnight stays recorded in campsites.

Attendance is on the rise in every department, especially in Calvados where there is an increase of 3% to 12%.

Campsites in Calvados are mostly star-rated campsites, with a minority of one-star campsites. The most popular parts of the region are the Côte Fleurie and the Côte de Nacre.

According to the Calvados Tourism Observatory, the number of overnight stays in 2018 was 1,760,000 in the region, which was already an increase of 9.8% over the previous year.

French overnight stays in 2018 amounted to 1.06 million compared to 696,064 for foreign overnight stays. The foreign clientele is divided between the Dutch who represent 49.5% of the total, followed by the British at 22.4%, and the Germans at 11.1%.

We believe we can target families who usually go on vacation in France, and choose Calvados and Normandy as their preferred locations.

We believe we can also attract a foreign clientele thanks to our location, which gives us direct access to the coast and the D-Day landing historical sites.

We will be in direct competition with the 6 other campsites located in the neighboring towns of Ver-sur-Mer.

We believe we will be able to differentiate ourselves from the competition by promoting our location in a quiet area, where families looking for rest can enjoy the peace and quiet, while having easy access to the surrounding seaside resorts more frequented by tourists.

The prices charged by our competitors are similar to ours. In high season, we generally count around €250 per week for a mobile home in a 2-star campsite, while a 4-star campsite like the one at the race course can charge up to €350.

We will also be competing with other forms of accommodation such as hotels and holiday homes, however, we consider this competition to be limited as the mobile homes and caravan/camping sites we offer are less expensive.

We expect to achieve a turnover of €130,662 in the first year of activity.

We expect positive cash generation over the entire plan, allowing us to generate sufficient cash to meet our loan repayments and deal with any contingencies.

Guides to create or take over campsite

Have a look at our guides to create or take over a campsite. 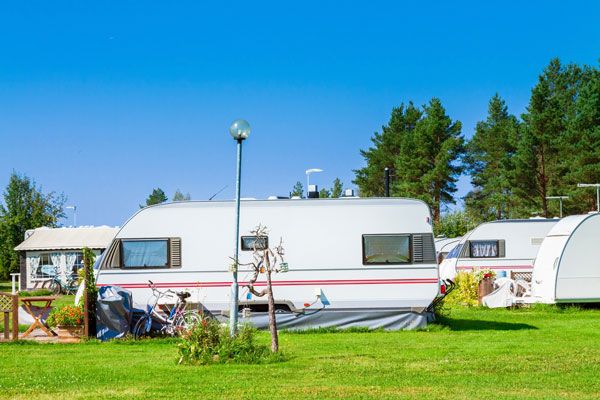 Business plan for a campsite

Follow our advice to create a business plan for a campsite.

How to take over a campsite?

Want to take over a campsite? Check out our article to find out what to do.

How to carry out market research for a campsite?

Find, in this guide, the main steps to carry out a market analysis for a campsite.