Not accustomed to writing business plans? Our tea room business template will turn a typically challenging process into a total breeze.

Modelled on a complete business plan of a tea room in Normandy, our template features both the financial forecast and the written part that presents the project, its team, the local market and the business strategy implemented by the management. 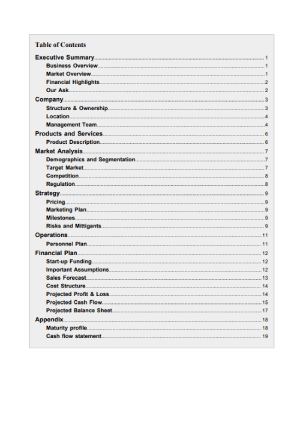 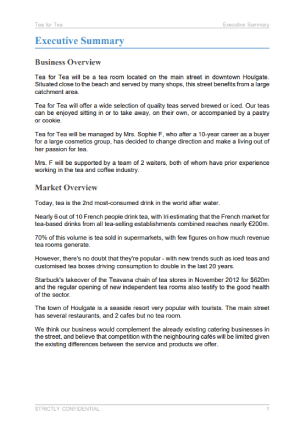 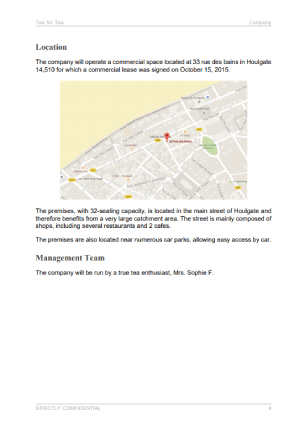 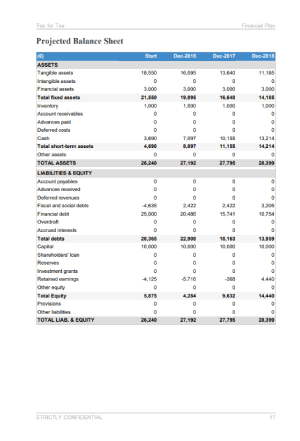 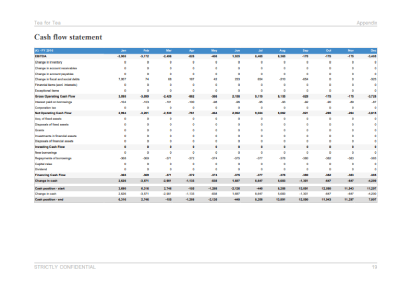 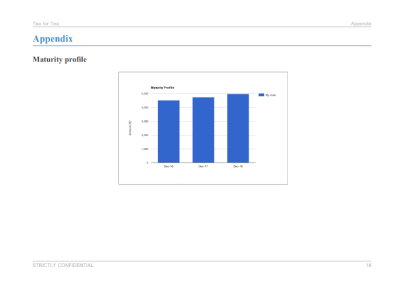 Tea for Tea will be a tea room located on the main street in downtown Houlgate. Situated close to the beach and served by many shops, this street benefits from a large catchment area.

Tea for Tea will offer a wide selection of quality teas served brewed or iced. Our teas can be enjoyed sitting in or to take away, on their own, or accompanied by a pastry or cookie.

Tea for Tea will be managed by Mrs. Sophie F, who after a 10-year career as a buyer for a large cosmetics group, has decided to change direction and make a living out of her passion for tea.

Mrs. F will be supported by a team of 2 waiters, both of whom have prior experience working in the tea and coffee industry.

Today, tea is the 2nd most-consumed drink in the world after water

Nearly 6 out of 10 French people drink tea, with Iri estimating that the French market for tea-based drinks from all tea-selling establishments combined reaches nearly €200m.

70% of this volume is tea sold in supermarkets, with few figures on how much revenue tea rooms generate.

However, there's no doubt that they're popular - with new trends such as iced teas and customised tea boxes driving consumption to double in the last 20 years.

Starbuck's takeover of the Teavana chain of tea stores in November 2012 for $620m and the regular opening of new independent tea rooms also testify to the good health of the sector.

The town of Houlgate is a seaside resort very popular with tourists. The main street has several restaurants, and 2 cafes but no tea room.

We think our business would complement the already existing catering businesses in the street, and believe that competition with the neighbouring cafés will be limited given the existing differences between the service and products we offer.

We expect the tea room to be profitable from its second year of operation.

Our objective is to obtain bank financing of €25,000 to fund the purchase of the initial stock and professional equipment necessary for the opening of the tea room.

Get inspiration from our restaurant business plan template.

Open your own hotel by having a look at our business plan template.

How to open a tea room

If you would like to open your own tea room business, have a look at our guide.

How to do tea room profitability?

How to open a tea room with no money

Want to open a tea room with no money? Check out our article to find out what to do.

How to carry out market research for a tea room

Not 100% sure on how to proceed? Read our guide for your business plan market analysis tea room.