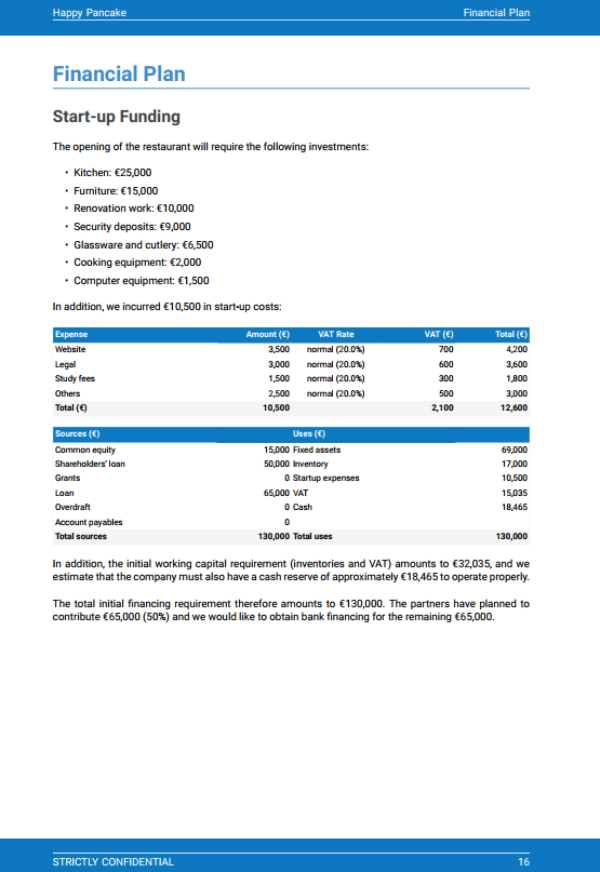 Not accustomed to writing business plans? Our creperie business template will turn a typically challenging process into a total breeze.

Modelled on a complete business plan of a creperie in Normandy, our template features both the financial forecast and the written part that presents the project, its team, the local market and the business strategy implemented by the management.

Edit the creperie business plan template online, or download it 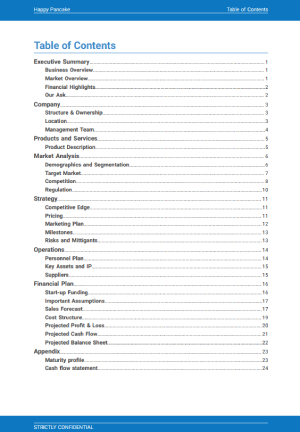 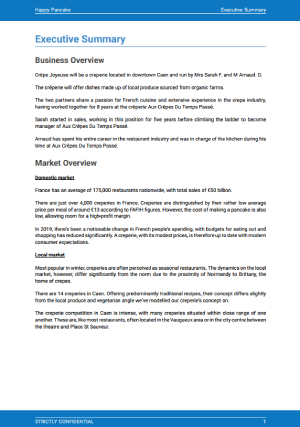 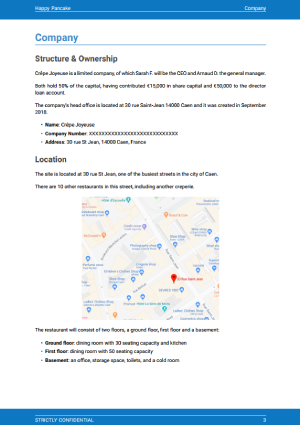 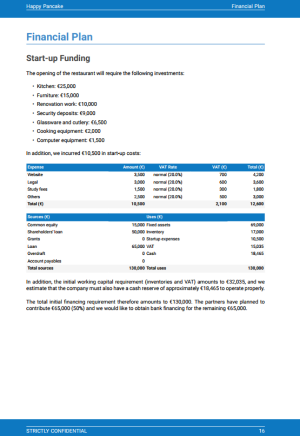 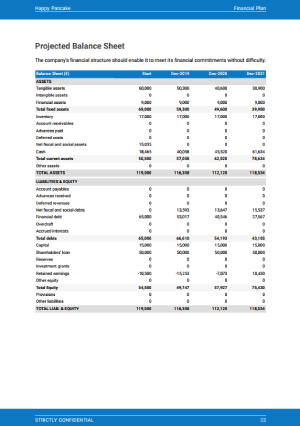 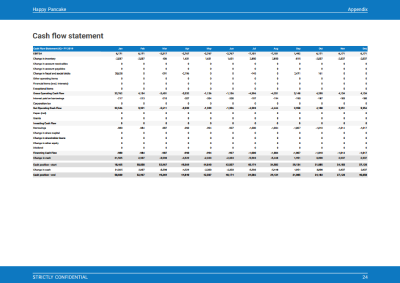 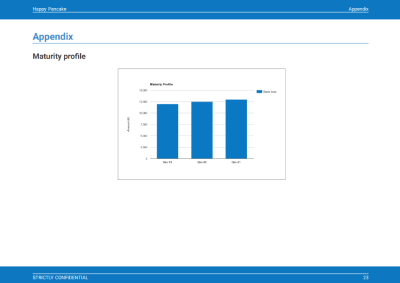 Crêpe Joyeuse will be a creperie located in downtown Caen and run by Mrs Sarah F. and M Arnaud. D.

The crêperie will offer dishes made up of local produce sourced from organic farms.

The two partners share a passion for French cuisine and extensive experience in the crepe industry, having worked together for 8 years at the crêperie Aux Crêpes Du Temps Passé.

Sarah started in sales, working in this position for five years before climbing the ladder to become manager of Aux Crêpes Du Temps Passé.

Arnaud has spent his entire career in the restaurant industry and was in charge of the kitchen during his time at Aux Crêpes Du Temps Passé.

France has an average of 175,000 restaurants nationwide, with total sales of €50 billion.

There are just over 4,000 creperies in France. Creperies are distinguished by their rather low average price per meal of around €13 according to FAFIH figures. However, the cost of making a pancake is also low, allowing room for a high-profit margin.

In 2019, there's been a noticeable change in French people's spending, with budgets for eating out and shopping has reduced significantly. A creperie, with its modest prices, is therefore up to date with modern consumer expectations.

Most popular in winter, creperies are often perceived as seasonal restaurants. The dynamics on the local market, however, differ significantly from the norm due to the proximity of Normandy to Brittany, the home of crepes.

There are 14 creperies in Caen. Offering predominantly traditional recipes, their concept differs slightly from the local produce and vegetarian angle we've modelled our creperie's concept on.

The creperie competition in Caen is intense, with many creperies situated within close range of one another. These are, like most restaurants, often located in the Vaugueux area or in the city centre between the theatre and Place St Sauveur.

There's a total of 14 creperies in downtown Caen, not including regular restaurants that sometimes offer crepes.

The rue St-Jean where we will be located, which stretches from Place St Pierre (downtown Caen) to the Pont de Vaucelles (train station area), is a very busy street with many shops.

The range of restaurants, of which there are 11 (including another creperie) is important here - as none of these restaurants offer traditional cuisine with organic products or vegan options.

The company should be sufficiently capitalized to allow us to honor our loan repayments while maintaining sufficient cash to meet any unforeseen events.

Get inspiration from our deli business plan template.

Open your own bar by having a look at our business plan template.

How to start a bakery

If you would like to start your own bakery business, have a look at our guide.

How to launch a creperie

How to carry out market research for a creperie

Want to conduct creperie market research? Click here to find out how.

How to write the business plan for a creperie

Not sure how to proceed? Read our guide.